Into the Hot Seat – Scangos to Lead Biogen Idec 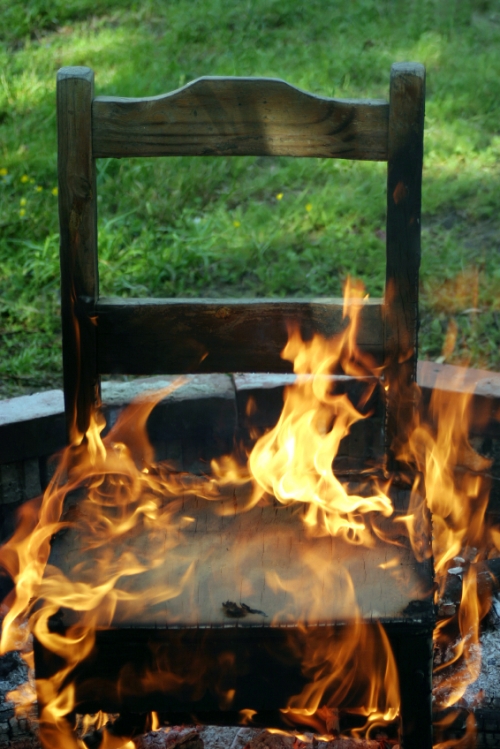 Just when we were beginning to wonder whether Biogen Idec (Nasdaq: BIIB) would ever have a new CEO, along came yesterday’s announcement that industry veteran George Scangos had accepted the job.

We will argue that the choice of Scangos is both a good one for the beleaguered biotech itself and also a positive signal for the industry in general.

First the negatives: in his fourteen years at the helm of West Coast publicly traded oncology company Exelixis (Nasdaq: EXEL), Scangos has not brought a drug to market. On his watch, the company licensed nine of its pipeline compounds to pharmaceutical companies and has fourteen drug candidates in the clinic. At the close of trading today, Exelixis had a market value of $377 million. Biogen Idec has three marketed products in multiple sclerosis and oncology that last year generated $4.45 billion in revenue. Its market value at the close today was $12.7 billion.

Now the positives: Scangos has thrived as a CEO and has raised hundreds of millions of dollars through good markets and bad. Both because of his biotech chops and his prior history as a Big Pharma executive with Bayer Pharmaceuticals, where he was President of Bayer Biotechnology, Scangos will have instant credibility. He will presumably be granted something of a honeymoon period when he takes over at Biogen Idec.

To us, the selection of Scangos sends a signal that the company will likely not be sold any time soon, although there may be some reorganization. The first question many investors were asking when this announcement came was what veteran corporate raider and recent biotech gadfly Carl Icahn thinks of Scangos. Scangos presumably has Icahn’s blessing, and that of the board of directors, especially if he has promised to shake things up. And we don’t think Scangos would have taken the job unless he was given Icahn’s explicit support to improve the company’s drug development performance and its stock price.

Two aspects of Scangos’ background intrigue us: first off, he started out as a scientist, obtaining a Ph.D. degree in microbiology from the University of Massachusetts and becoming a professor at Johns Hopkins University. When Scangos began at Bayer, he was a staff scientist. When he took over as CEO of Exelixis, the company was a platform technology company using fruit flies to screen for drugs. This bottom-up career implies a deep understanding for the challenges of drug discovery. The selection of Scangos also fulfills a criterion laid out by Biogen Idec board chairman Bill Young that the new CEO have deep roots in science, as reported in February by Xconomy. Scangos is likely to command immediate respect from the company’s hundreds of scientists, a plus if he is to improve research productivity by making tough decisions about cutting programs.

Second, Scangos’ employer when he was a pharmaceutical executive, Bayer, is still around, albeit in a slightly larger form following its 2006 merger with Bayer Schering. We would downplay the natural implication – that Bayer moves up the list of potential suitors for Biogen Idec because Scangos is there now – but instead point to a different aspect. Every ex-pharma executive thinks he would have made a good pharma company CEO. Scangos has been putting his own ideas into practice for 14 years now but never on the big stage and never with a substantial revenue stream. Now, at age 62, he gets a turn in the limelight. He’s the best kind of new job candidate: one hungry to show what he can do.

The outcome at Biogen Idec is important for the entire biotech industry. For the last couple of years, the pharma industry has been in wholesale retreat from its previous big-ticket R&D efforts, which proved unproductive. Due to its loyal shareholder base and solid revenue stream, the research ranks at Biogen Idec, although they have been culled, have not been nearly as diminished as those in pharma. Icahn’s proxy fight for control of Biogen Idec – which he would presumably split up and sell for parts or at the very least massively downsize – represented an unmistakeable wake-up call for the company, which has already been heavily challenged by the safety issues that arose in 2005 for its newest and most potent MS and Crohn’s disease drug, Tysabri, safety issues that have not yet gone away. Meanwhile, Biogen Idec’s R&D team can fairly be said to have been productive, being responsible for pushing forward most of the nearly twenty products the company has in Phase 2 clinical trials.

Can Scangos forge a model that allows a drug discovery and development engine to thrive inside a company earning billions from its products? Or will he have to slash and burn to appease its more bottom-line-oriented investors? The industry is waiting to find out. Welcome back to Massachusetts, George. Let’s see what you’ve got.

Disclosure: Biogen Idec has been a client of CBT Advisors.