Those venture capitalists lucky enough to remain in the drastically smaller pack are constantly cruising for the perfect co-investor. Like the perfect spouse, it’s hard to imagine finding it all in one person:

When Managing Partner David Coats and his colleagues founded San Diego-based Correlation Ventures, they had sat on the other side of the table – lead investors looking for co-investors. When they went looking for a fund concept, applicable in both life sciences and high-tech VC, that would both be new and would match the needs of the market, they decided to explore how such a “perfect” co-investor could also make money. They deployed heavy-duty predictive analytics on what they claim is one of the most complete databases of venture capital financings and outcomes, including the fifty thousand deals in their database – ninety per cent of VC deals closed since 1987. This information was scrounged the hard way, according to this recent post on the Nature blog site: Correlation forged relationships with Dow Jones and multiple VC firms to access historical non-public data. That way, they were able to find a mathematical model, described below, that should lead to a strong return while still offering all the advantages listed above.

Fund-raising went surprisingly well, given the current constrained environment. Correlation Ventures blew past its $150 million target and raised $165 million. This amount will be invested over three to four years in up to fifty companies in chunks as small as $250,000 or as large as $4 million over the lifetime of a company. The list of limited partners (LPs), whose identities were not disclosed, reads like a who’s who: endowments, pension funds, family offices and individuals. I chatted with Coats at Convergence Forum in Chatham, MA, in May, 2011 and again at the JP Morgan conference last week. He said that the fund-raising was so successful in part because of the early and enthusiastic support of thirty top-tier venture fund partners who themselves wrote checks. That sort of endorsement opened doors with limited partners.

Correlation had a first closing in 2010 and started investing then. Two of its first thirteen investments are in the healthcare space, one in medical devices and one in therapeutics.

So what’s the secret sauce? Statistical analysis. Correlation feeds in data on all the variables, including co-investors, the level of management experience, and, especially outcomes such as internal rate of return and multiple. Correlation then runs multiple regression analyses and identifies those variables that account for the most variance.

Surprisingly, success in individual deals does not correlate all that well with the “top-tier” nature of the VCs involved. “When you look who the winners are in VC,” Coats explained, “the industry is not nearly as concentrated [at the top tier] as some assume.” Coats is defining winners as investors whose deals generate large cash on cash multiples. In actual fact, he said, “The winners are widely dispersed and the distribution is not random. When you actually look at the data, every year there are hundreds of financings generating large multiples. Most, however, are small deals that are not even led by the top sixty VCs.” And in many of these deals, the lead investor winds up looking for a co-investor to fill out a round. That’s where Correlation comes in.

It expects to push aside funds that might have contended for the open slot but would not make as quick a decision and that would not in any case have been as cost-effective for LPs. This implies that Correlation takes less carried interest and lower fund fees than “active” funds, but the fund understandably chooses not discuss its fees publicly.

The surprising distribution of success poses a dilemma for limited partners, who tend to invest again and again with those funds that have made them money. This is generally a rational hypothesis, Coats agrees, and a disproportionate number of Correlation’s investments are with top-tier firms. In that regard, Coats admits, Correlation is acting like a limited partner, maximizing relationships. However, Coats and his partners decided to broaden their fund diversity and go after the long tail of investors and deals that are not necessarily in the spotlight.

“The big ‘aha,’” he explained, was realizing that “many big [returns] come from financings that are undersubscribed or take a long time to close.” This is due to a pair of what Coats calls “natural inefficiencies.” One inefficiency arises when funds without long track records find good deals and have trouble finding appropriate co-investors. Another occurs in deal selection by funds that may not be seeing the best opportunities. In a conservative time like the past five years, these inefficiencies would seem to have increased as funds become more conservative about who they follow into deals and as there are fewer and fewer “blue-chip” co-investors to choose from.

The beauty of the Correlation model, according to Coats, is that “the top fifty VC firms could shut down and we believe we would still generate strong returns.” There would be enough deal flow and plenty of winners. It certainly is an alternative approach to an otherwise confounding market in which much of the VC muscle now seems to be concentrated at the top.

Won’t this model, if successful, spawn competitors? And will the inevitable rise of additional “quant” VC funds piggybacking on the success of others distort the market in ways that limit or even destroy the yield? Look at what the Moneyball approach did to major league baseball: the team that applied the statistical analysis of player performance, the Oakland Athletics, had an initial advantage despite having less to invest in superstar players. This worked fine until their approach was cloned by virtually every other major league team, returning the Athletics to mediocrity and the league to its previous imbalance of power. 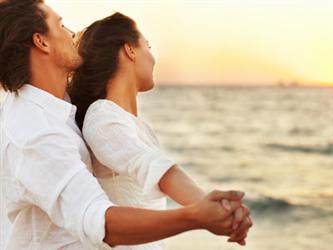 But will he give me deal flow in the morning?

There will be imitators. In VC, every new fund concept that makes money attracts them. Just look at the proliferation – some would call it an explosion – in royalty-based funds (for example, the new billion-dollar fund raised by Cowen earlier this month). What about the overall impact if copycats generate “clean-room” (reverse-engineered) co-investing models and what if every syndicate starts to have a quant fund as a co-investor? Predictably, Coats had a statistical answer for this. “We have already modeled what we think will happen to the VC industry with our success. Obviously there is greater unpredictability” if and when that happens.

It is too early to say for sure whether the Correlation model – or that of another new fund, Ulu Ventures in Palo Alto, which uses Bayesian analysis to predict the success of internet-enabled consumer and business service companies – will prove successful. After all, plenty of confounding factors not predictable by any model contribute to make investing risky. The risks are especially pronounced when the exit takes several years and the capital needs are as high as they are in life sciences. Holding times for VC-backed healthcare companies are up over five years now, according to this analysis by Silicon Valley Bank.

Some VCs I know see Correlation as a threat, at least to their egos. Others raise the specter of quant-based models such as the notorious Long-Term Capital Management, whose derivatives investing nearly brought down the world financial system in 1998. Please comment, publicly or privately – if there are enough comments, I will post a summary.

To me, their concern seems overblown. The model will work, or it won’t. Either way, Correlation will put more money into the market at a time when it is sorely needed. If the fund succeeds, and I tend to believe that it will, then the impact will be self-limiting. Some VC-backed companies will refuse to take additional money and those that do will not take so much that the market will be warped. One VC summed it up nicely: Correlation’s approach does not have to outperform that top ten or fifteen per cent of VC funds, which will likely keep doing better by actively selecting the best deals. It just has to perform well enough to deliver consistent “bottom of the top quartile” returns to its LPs.