Whatever venture capitalist Bryan Roberts is doing, it’s working. Roberts, a general partner with Venrock, has had nine of his portfolio companies reach a valuation of a billion dollars or more. Those investments were in digital health (AthenaHealth), genomics (Illumina) and biotech (Receptos). Now Roberts focuses mainly on digital health. Read my questions and his responses from our January 11 fireside chat at the Digital Medicine Showcase in San Francisco. On January 25, Venrock closed on a new $450 million fund. 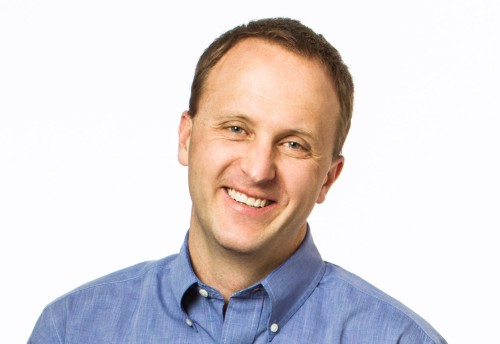 Dickman: Independent of returns, which of your investments have been the most satisfying to you so far?

Roberts: I get the most satisfaction out of doing things that, when we start with them, nobody else likes. That no one else thinks will work. They don’t like the people, the idea. Nothing. It’s not just that the timing is off. Regardless of timing, they believe it’s a silly idea forever.

And I feel like I spend years going, “I don’t know why everyone in the world doesn’t love this.” But it takes a long time. And then they sort of flip. Other investors start to like them. That is the part I like.

Dickman: Have you gotten to the point where you are using data science and machine learning to help you make investments?

Roberts: We do not use it at all in choosing deals. For the most part, our investments are made in things where there are way more variables than there are equations. You are making decisions in the face of ambiguity that is pretty pervasive. So you can’t actually use data or even diligence to get yourself to an endpoint. By contrast, data science has become indispensable for companies doing product development. It’s like the electrical grid for them.

Dickman: You have always had an amazing network. What do you learn from big companies in pharma or digital health that you see as potential acquirers of the ventures you invest in?

Dickman: What drives your investment decisions in pharma and biotech and in digital health?

Roberts: For me, those opportunities are chosen by entrepreneurs I get attached to intellectually and they are about an orthogonal approach to a big problem. Back in the day, Sirna Therapeutics (Editor: then called Ribozyme Pharmaceuticals) was trading at $6M market cap because it was about to go out of business. And on its old business model it should have gone out of business. That was at the same time as when its competitor Alnylam was doing its series B financing. We actually looked at both of them and made a decision to invest in Sirna. There was a huge price difference – Sirna’s price was much lower. The thing that was interesting to us about Sirna was, they had done 18-24 months of work in the space of RNA interference. And they had intellectual property and manufacturing. It was that that drove our decision more than, say, what Merck was thinking about at that time.

Dickman: In around 2012, you kept doing some biotech but you really dove into digital health. Was that the right move?

Roberts: I am hugely intellectually selfish. I work on stuff that is interesting to me from an intellectual perspective. The sea changes going on in how people pay for and organize health care have been fascinating to me. We’ll see whether in fifteen years whether it is as robustly successful an ecosystem as biotech or genomics.

N.B. Roberts’ responses were edited for clarity. A video link to the entire chat can be found here courtesy of EBD Group.